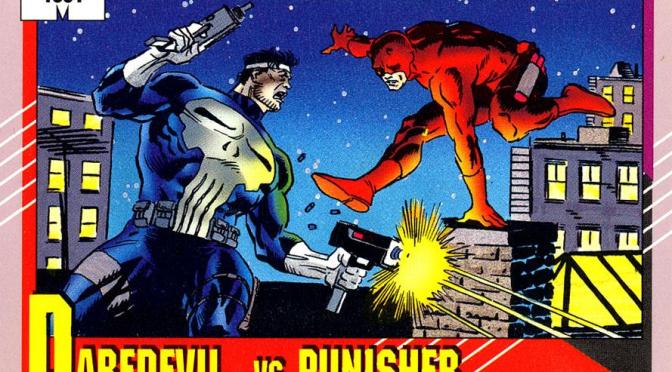 Hello There Legions of the Unspoken!

We’ll tie up our SIX WEEKS OF PUNISHMENT series today!  Hope you have had a ton of fun looking at my favorite character of all time, as I know we have here!  I make it no secret that a huge root of the love for superheroes that I harbor to this day stems from the Marvel Trading Cards series of the early 90’s!  I learned so much about the Marvel Universe at large, and it also opened my eyes up to Punisher!  I had seen a Punisher comic once or twice before, but I knew very little about him other than GUNS.  These cards opened me up to the cool world behind Punisher.  I mean, how awesome would he be without his van?

Or his amazing rivalries with the rest of the Marvel Universe? 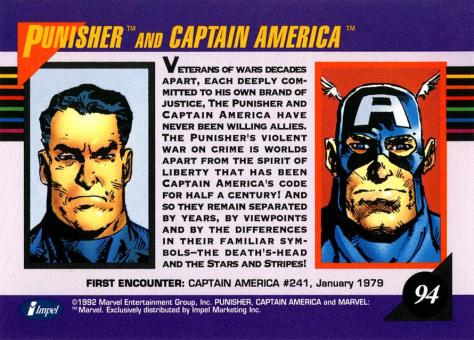 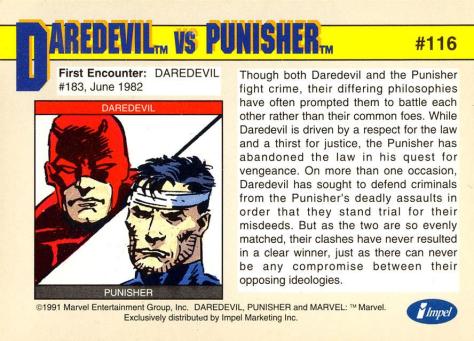 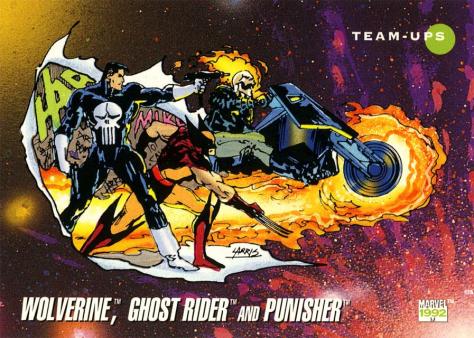 His great faceoffs with many enemies…

You even got some MOST VALUABLE COMICS information on him.  By the by, if you have an Amazing Spider-Man #129 in NM for this price, I will gladly pay you, my good person.

There was even a little bit of humor…

So, enjoy some more Punisher cards, and we’ll be back later this month with a look at Man-Thing from Emily Scott!  Have a great time with Dardevil Season 2 everyone! 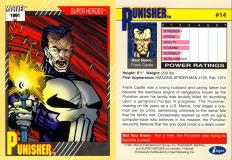 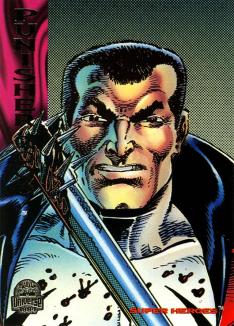 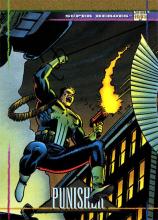 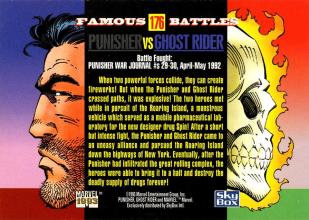