After sharing the creation of Danny the Street with you I thought it would be only fitting if we follow him through his travels together.

We’ll follow him as he travels with the Doom Patrol. Bringing them along, being their HQ, pulling them out of danger, and even following them into the mind of Crazy Jane.

He begins his adventure surviving The Men from N.O.W.H.E.R.E. by gathering the Doom Patrol to defeat their hate agenda. 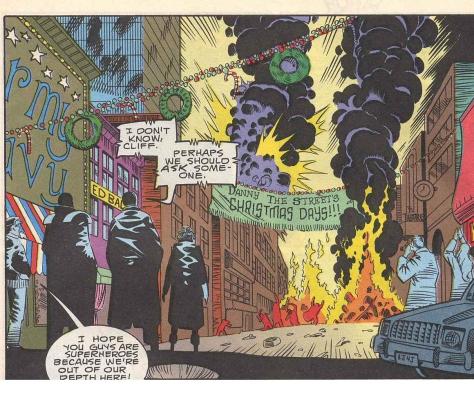 After the battle has raged on Sara invites us to Danny the Kitchen. Where we can once again see that awesome literal subtext

No McDonald’s on Danny the Street.

After this Calder has the best idea in any comic of all time. To have your headquarters on a psychics defying traveling sentient street.

No headquarters was ever so stylish

Danny the Street becomes Doom Patrol’s home base. Bringing them some softness in their existence as outcasts.

He compliments Dorothy in the nicest condescending way possible.

During this time, the Doom Patrol has a well earned respite. Jane’s new personality comes out, and what follows are two of my favorite pages in Doom Patrol.

Danny knows places no one else does. Places where the mind quiets and Robot skin feels

Every fabulous adventurer starts somewhere. It would not feel like a long journey with a friend unless I show you where Danny’s started.

What Danny has been we have now seen. What he can become and where he can go however… 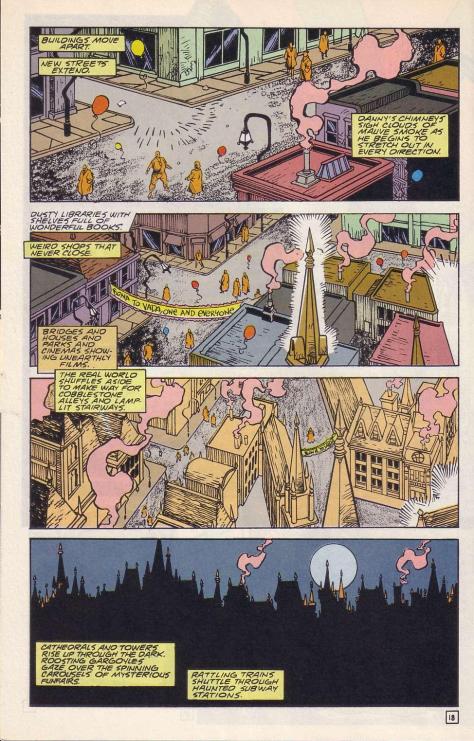 Today, I do not have the time to show you all of Danny’s travels, but anywhere at any time the lanes of traffic may shift, the dark alley may become bright, the coldness we associate with concrete will warm, and we will smile.

There is a better world…It’s known as Danny.